A whole heap of festive cards to share with you today. 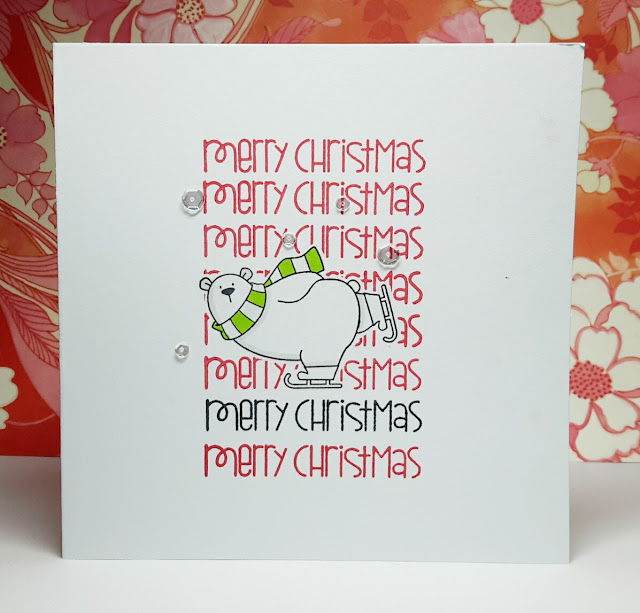 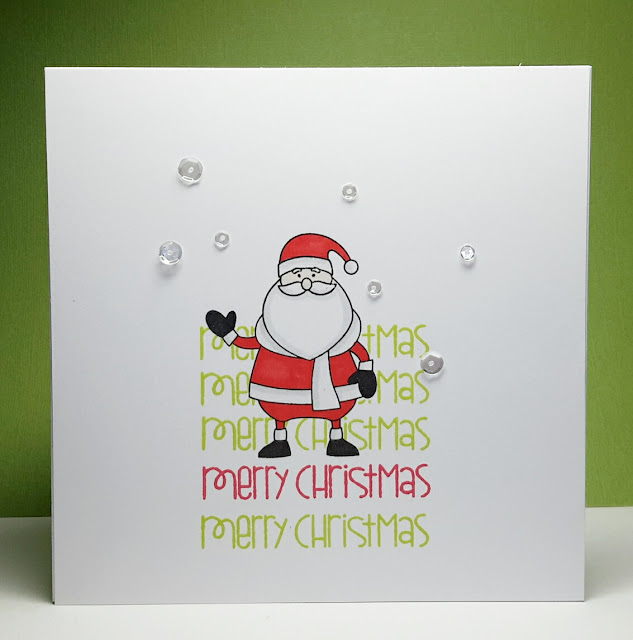 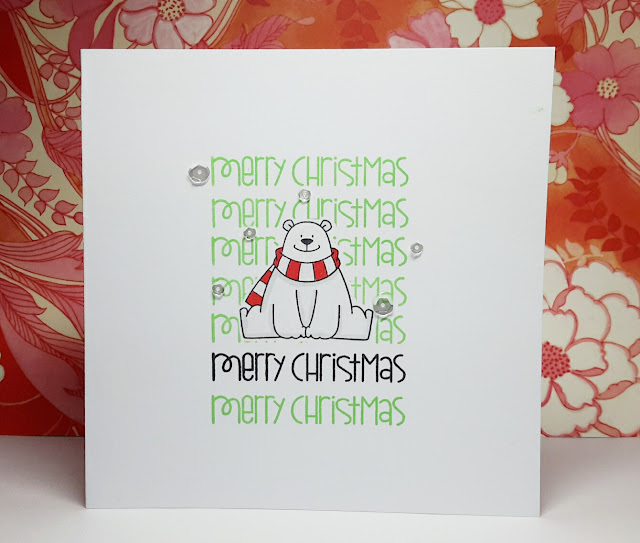 I totally stole this idea from Jennifer Mcguire, using her 'Sentiment Backdrop' technique. The sentiment on each card is from Paper Smooches' 'Christmas Sampler' set, the Polar Bears are from MFT's 'Polar Bear Pals' and Santa is from their 'Merry Everything' set.  You can see how to do this technique here. 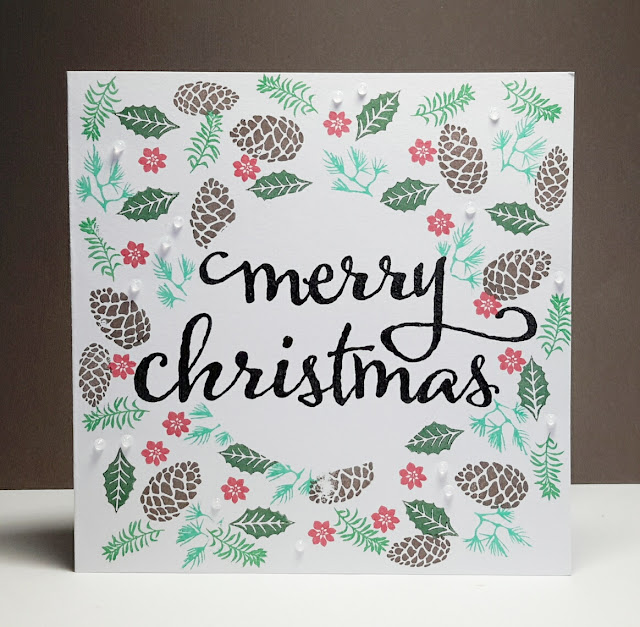 For this card I used 'Festive Fir Cones' Majestix stamps from Card-io and a host of Versa Colour inks cubes. The sentiment is from Winnie and Walter's 'The Big, The Bold, The Merry'. 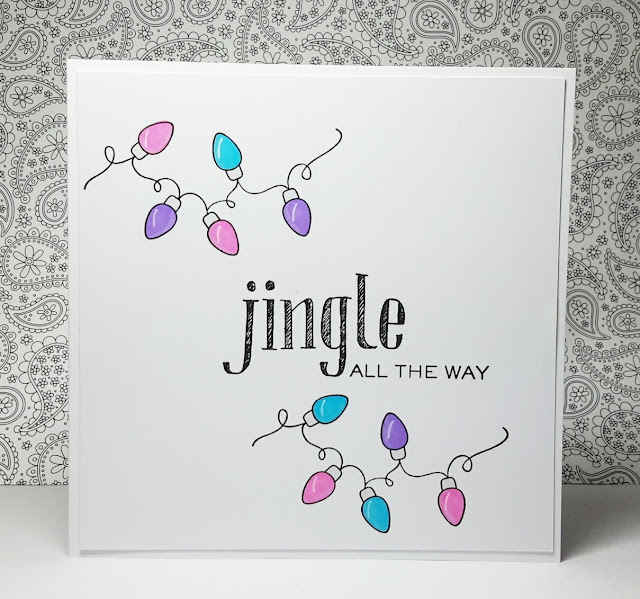 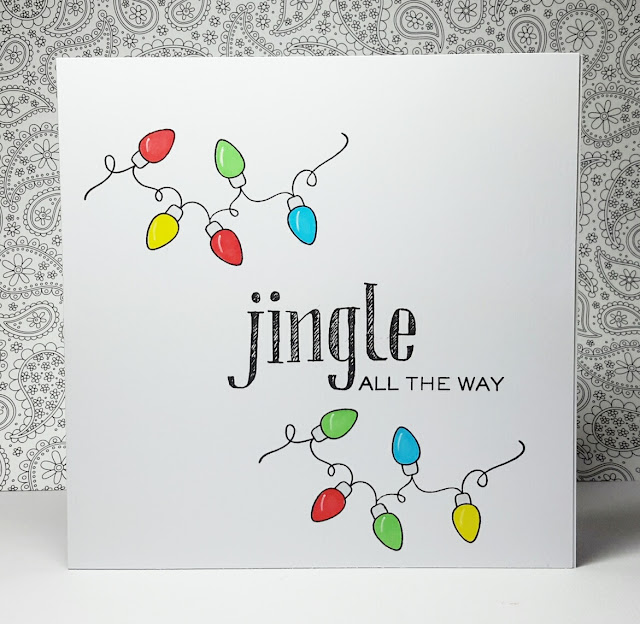 I used these stamps last year on some Christmas cards and I love it. It's 'Festive Greetings' from WPlus9. 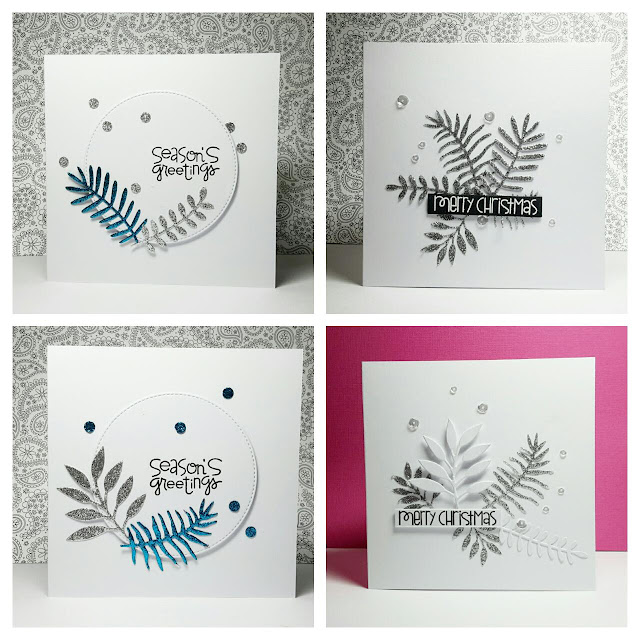 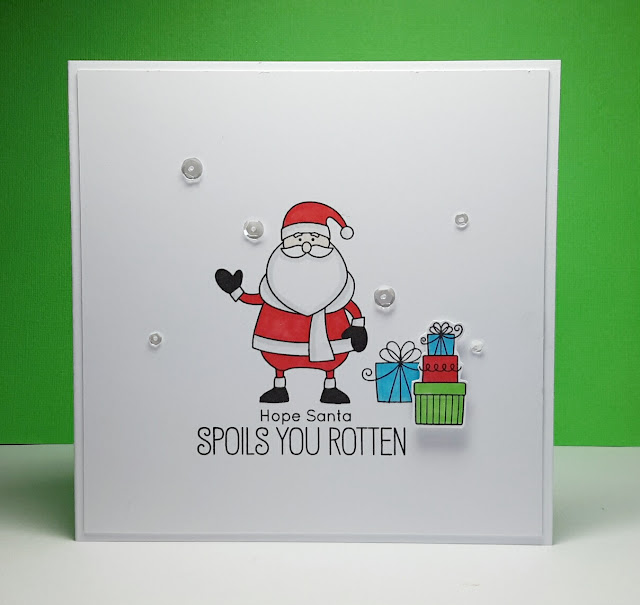 Another one using MFT's 'Merry Everything'. 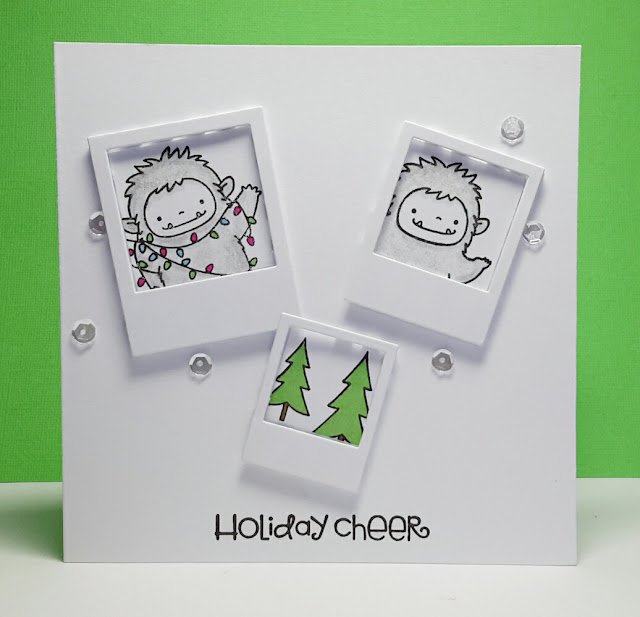 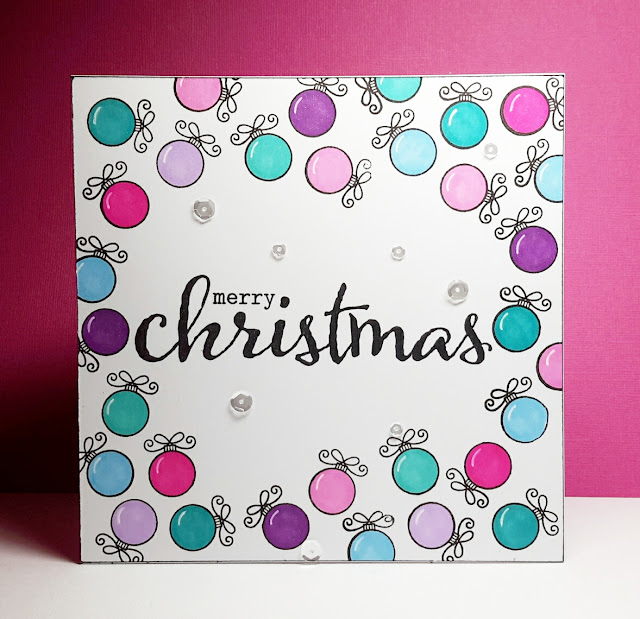 And finally, as I've probably bored you senseless, a bounty of baubles from MFT's 'Santa' Elves' with a sentiment from Winnie & Walter again.

OMG Jane what a wonderful selection of cards, love the images and fabulous colours, all so different too,unable to pick a favourite, love them all, Kate x