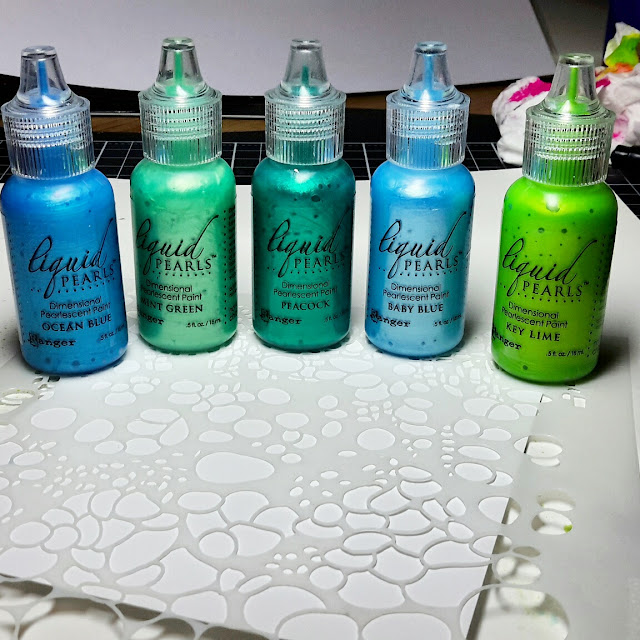 Sometimes I think I spend more time just staring at my crafty stash, pondering, stroking, shuffling, ooohing n' arrring over the 'pwetty' colours than actually using it.
So today I thought I'd break out the Liquid Pearls and stencils and have a play about. 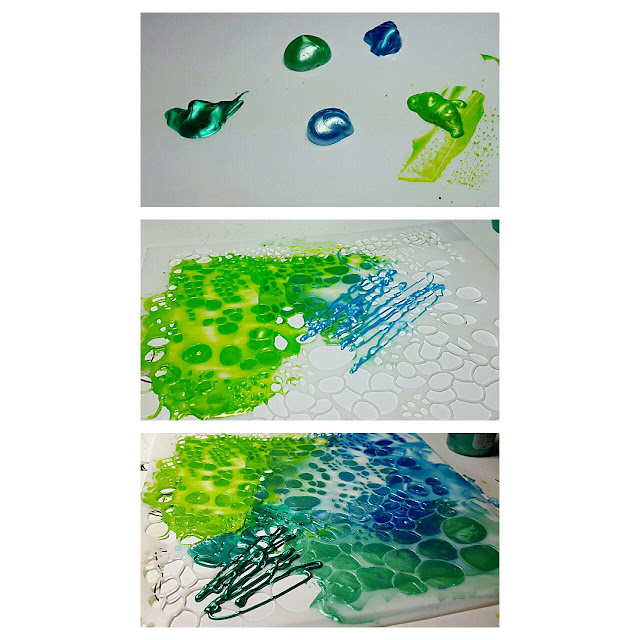 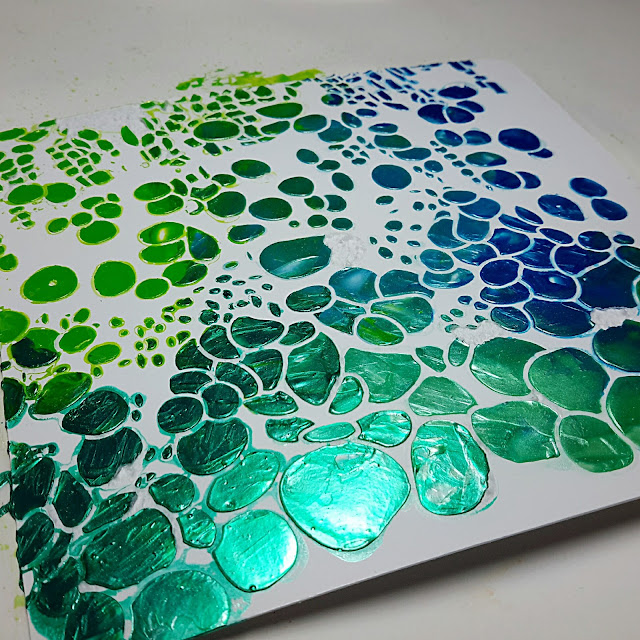 The result was amazing! The only thing is, when I lifted the stencil some of the paper tore (Grrrr) & I'm not sure if it's because of the card used (regular stamping card) or I didn't work fast enough 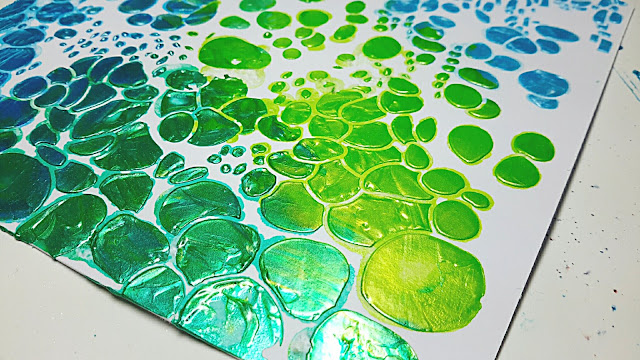 So, I tried again, same card but worked faster and the result was a lot better but still the odd tear. 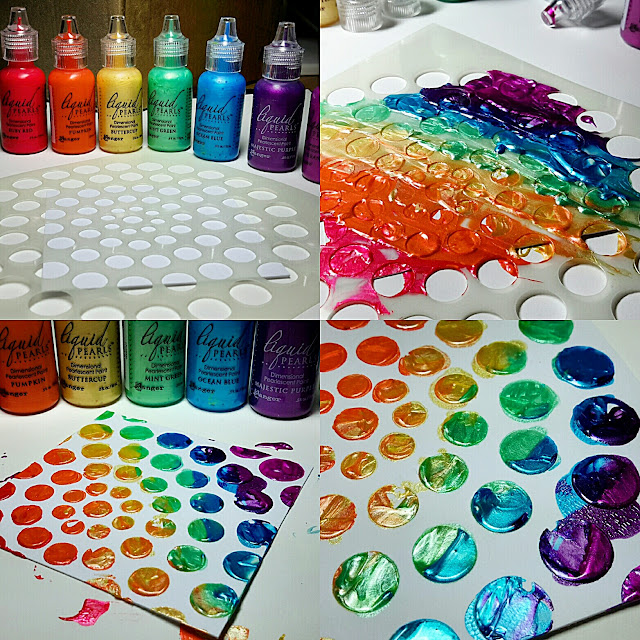 Not wanting to give up, I tried one more time, different colours and using an MFT stencil, again same card but even faster and the result was perfect.
I'll try another day with a glossy card to see if I can create something perfect and not at break-neck speed and report back.
Let me know if you've tried this technique before.

Hi Jane, this is fabulous, the colours are fantastic and I love the stencil, makes a wonderful background with all that texture, Kate x

I love this... I need to make a dinosaur card ... How fab would this be as a background... Like reptile scales. Thank you so much for posting and the inspirations... Not sure I have so many colours with liquid pearls so clearly I NEED more!
Liz (:(|)x

I tried you technique ... http://lilibetsmonkeyhut.blogspot.co.uk/2016/02/bbq-dragon-its-all-about-scales.html

Thank you for the inspiration! x

What a lovely idea... thank you for sharing and love the colours... going to give it a try.:)

Loved your experiment. Have got to try this one.

Looks fantastic, I can see a " under the sea " card with the 1st lot of colours you used. I must try this now. Thank you for sharing.