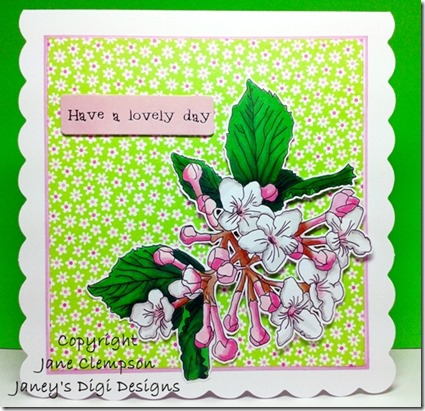 Let’s just recap on the kid’s 6 weeks school holiday. We’re one week in & so far we’ve lost our TV & internet service for a few days following a series of violent thunderstorms and now my son has broken his wrist!!
He was out on his bike (without his crash helmet!!) and hit an unseen ditch. He went over the handle bars & now has a broken right wrist, bruised head & swollen cheekbone, grazes to his shoulder & bruising to his left hand. He had a similar accident once before & I bought him a helmet but on this one occasion he left home without it and disaster struck. It’s really shaken him up but he won’t ever leave home without it again….he was lucky it could have been a lot worse.
KIDS - WEAR YOUR BIKE HELMETS – BEING SAFE IS COOL! BEING INJURED OR DEAD ISN’T!!

Nightmare!!! Hope he is not in tooo much pain :-( Great start to the holidays - NOT!! Fabby card missus - off to bring my kids in to read this post!!

Ouch, your poor son. I hope he makes a quick recovery, like you said it could have been a lot worse but all the same I bet he feels rotten.
Your card is stunning Jane. Beautiful image and wonderful colouring. I love the Doodlebug paper, I used my very last piece last week, not sure if it is available any more which is a shame.
Sue xx

Forget the cotton wool, just get a cage with a lock on it! Kids, sounds like you have one very lucky young man! Your card is beautiful, as always, and wonderfully colored, as always!