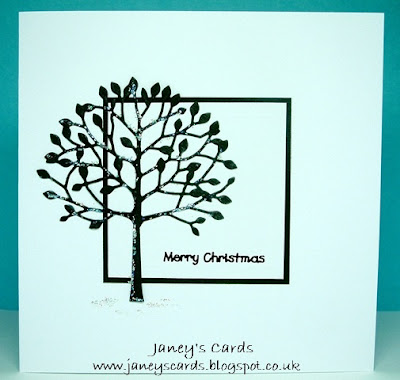 Greetings Fellow Bloggers!
I hope you all had a good weekend. I spent mine flitting between my nurses outfit & my crafters hat...and before you start thinking I've gone all kinky dressing up, my Sof's not at all well at the moment, the doc's not sure if it's a type of flu or some kinda weird virus but it's been going on for almost 2 weeks and now my Oliver's got a hacking cough so our living-room looks like the ER (minus George Clooney). When the brows had been mopped & their every need tended to I found some time to make some Christmas cards for Mr C. 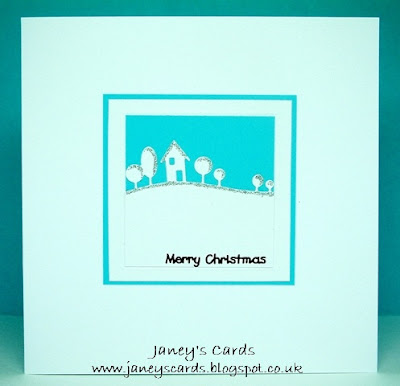 On Saturday night Mr C suggested the kids had an early night and that we go to bed with a cuppa & a jaffa and watch TV. I thought maybe a romantic film, a bit o' slush before.......?
Well I found him laying there watching a gory horror film!! I don't 'do' horror films, my overactive imagination goes into mega-over-drive & I end up having nightmares, so I went & grabbed some images I'd printed off & my pens & thought I'd colour to distract myself from the hideous film.
Warning!
Do not eat Jaffa cakes in bed if the film on TV involves eyeballs & metal rods or hands & nails (of the joinery kind). Somehow I managed to choke on said Jaffa, some got snorted back up my internal nasal pipework & the rest got splattered over the duvet. Several slaps on the back later the jaffa was dislodged from my throat, the remainder I had to blow out through my nose into tissues.
Who says romance is dead?
Remember kids, don't try this at home, I do these experiments so you don't have to!
CAS cards using Memory Box dies
Posted by Jane

Wait a minute, I have to pick myself off the floor I'm lasting so hard! Janey you are an incurable romantic! Hope the kids get well quickly and it's not your turn next! Fabulous card and George sends his regards and get well wishes!

Oh dear, I hope that Sof and Oliver are better soon.
The Jaffa Cake saga sounds very nasty to me!!

Anyway. I love your CAS cards, the touches of sparkle look fab

Oh!No...a house full if sick people and jaffas stuck up the nasal passage and in the middle of it all..you splatter all over the duvet...now I know this could have been very serious, but I must admit I split my sides reading this..poor Jane, but so funny...fabulous CAS cards, both are great.

I couldn't do with out my cuppa & choccie in bed at the end of the day even if it is dangerous! lol
Hope everyone is on the mend now.
I've been making CAS Christmas cards too (it's amazing I made about 10 in the time it usually takes me to make 1) :D
Love these!
Hugs
Tracey
xx