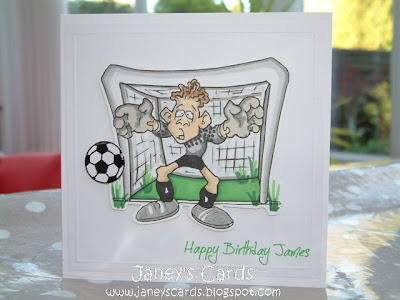 There are some things in life you shouldn't do.
Wear dungerees if you have a weak bladder, eat bugs, enter the Big Brother House or confess to watching High School Musical.
As a woman of a certain age (ahem...) one should know what is right and what is CLEARLY wrong!
On Tuesday night, I lost focus...I blame the blood-loss from my Rambling Rose fight (here) for my addled brain & the subsequent lapse that occurred. I should have been at home eating sweet digestive biscuits, sipping a hot cuppa with my legs up after my involuntary blood donation.
My sons football training was cancelled but one 'muppet' parent suggested that the team could still meet up just for a 'kick-about'.
ALARM BELLS SOUND!!!!!!
'Kick-about' should have read Kids V Adults football match.
Inappropriately dressed in my non-support-bra & hot (heat NOT sexy) hoodie it wasn't pretty trust me. I held my own though against the boys who showed no mercy, my not-so-beloved son took me out & I ended up flat on my back in the mud. Despite only using half the pitch I was suitably knackered when F/T was finally called (when it was too dark to see the ball).
I should have stayed at home buffing my nails being a girlie-girl, but on reflection I can take glory in my momentary lapse. I was able to embarrass my son by playing football alongside the dads...so I guess my work here is done!

Fabulous card my friend,great image and colouring and indeed your work there was done, we were made to embarrass our kids, by doing stuff they think we are too old to do,or just not clever enough to do it.
Brush yourself off, get a good uplifting bra, and never let on that every muscle in your body is screaming...

Jane you crack me up!!!!
have a great weekend x
hugs
Suzie Qx

This is such a wonderful card. I love the image you've used and the colours also. Hugs Michele x

I know a few fellas in my family who would like that card, it's great. Our kids embarrass us enough, good to know you got your own back, now go put your feet up and relax, you deserve it, lol. Take care, Lyn x

Brilliant - thats the sort of thing I would have done!!

cor i had to look twice, thought it was you standing in goal !! loves it though xx